As expressed in our prior newsletter, October is traditionally a positive month for digital assets (posting gains in the past 7 years out of 9). In this month, BTC did not disappoint and ended up performing +6% and ETH +19%. For the last couple of months BTC had been trading around 20k without a clear direction, but in October it reversed a two month downtrend, like ETH. In both cases, shorts were squeezed and hence the rally.

In the case of traditional markets, despite economic uncertainty, Fed rate hikes, and macro risks, both the S&P and the Nasdaq ended the month with gains although lowest lows were touched by mid October. The perception that the worst has passed and that the Fed will stop the rate hikes soon (potentially in December or January) have triggered the bounce off the lows. In a technical perspective, crypto assets have shown strength without heading to lower lows while TradFi was going through a bloodbath. It is important to get the meeting notes now and evaluate the Fed’s thinking.

The market was expecting worse earnings reports and had more than 6% in cash coming into the earnings reporting season. Further, investors were underweight equities. In this context, the S&P ended +8% for the month with better than expected earning results reported (including several from energy companies). And the Nasdaq performed +4%.

In other regions, as an example in the UK, markets were rattled as the Prime Minister left after only 44 days, propelling the Sterling down and in Asia the Japanese Government had to support the Yen and the Yuan also was weaker, mostly due to larger than expected issues with real estate companies.

We have launched a BTC and ETH product that accumulates long gammas at minimum costs (even at a credit) which is showing robustness and should generate very attractive returns once the market enters into a bull phase again. Our short vegas were an easy play during the month but we continue with our policy of adding long deltas at the tails given that market uncertainties and “catastrophe-triggers” are spread all over the world.

Looking forward, we are still expecting volatile months ahead, however we are seeing decent support in the digital asset market given the price action in the last few days. We are going nevertheless to be extra cautious in adding long exposure on top of our current positions.

Performance is net of fees. Trading started on March 12, 2021. April to June preliminary results. The official NAV is calculated by the Administrator every Quarter. The next official NAV will be based on June 2022.

Benchmarks: BTC price index is conformed by the Bitstamp price of BTC at 18 CEST. 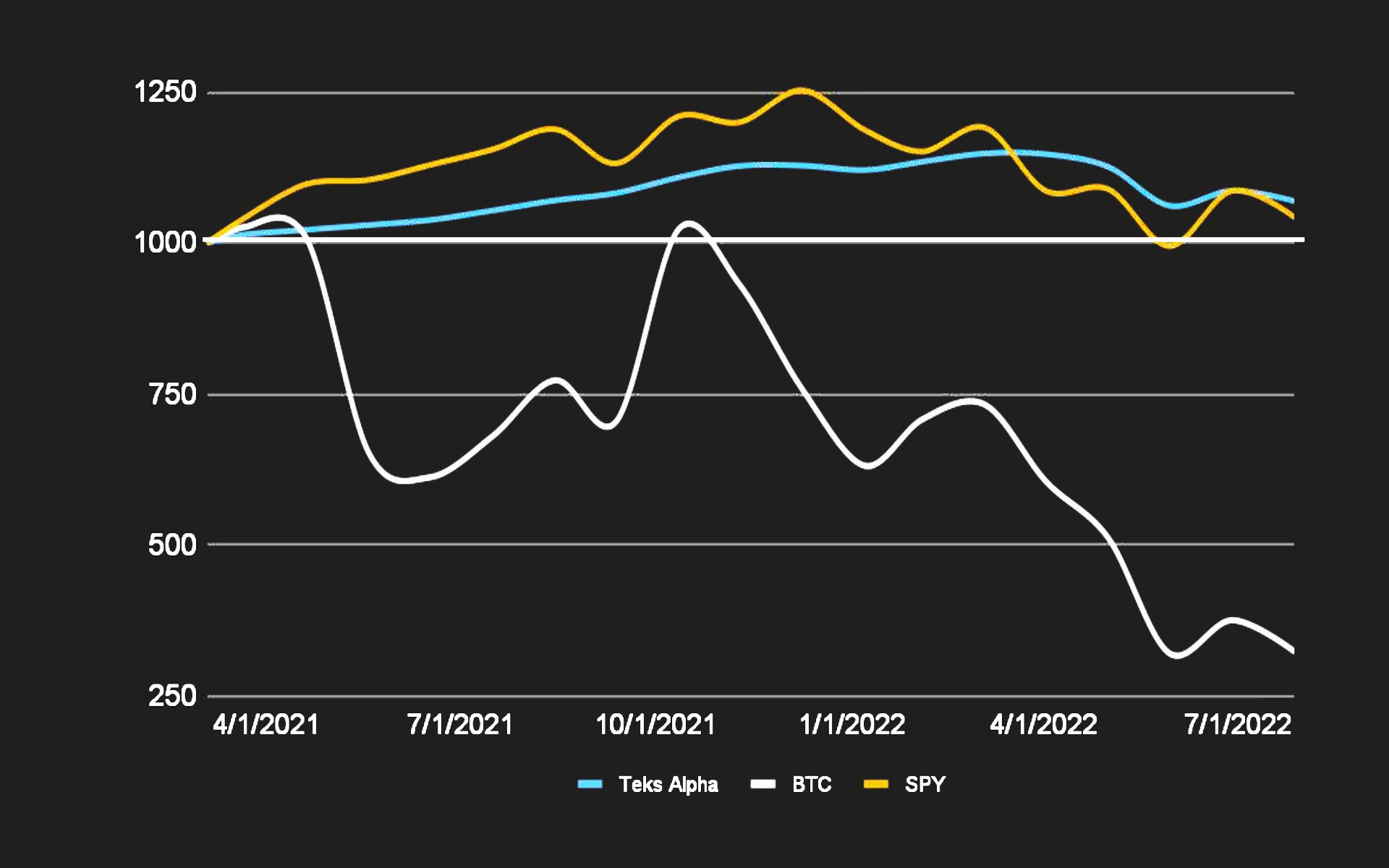