During May cryptocurrencies suffered a notable correction with drawdowns of -50% or more in the most liquid tokens. $500bn wipeout snuffed out speculative excesses that had been building for months. Researchers showed that total margin liquidations totaled roughly $10bn on May 19. Two major news unleashed this sell-off, PBOC comments towards a total ban on cryptos and Tesla no longer accepting bitcoin payments due to climate concerns. BoJ governor also joined critics against bitcoin which detracted a strong rebounce at the end of the month.

Bitcoin market capitalization has dropped from $1.2tn to nearly $650bn while BTC dominance hasn't recovered from current minimums. If this situation prevails in the short term, it is very likely that having a BTC market capitalization representing more than 50% of the market as whole, will belong to the past and we should adapt accordingly.

May was a month where we traded short term contangos and added short put options when BTC broke the $40k level of support.

Henceforward we are going to take advantage of the spike in the options IV and start with a delta neutral trade with Alts and LPs.

Performance is net of fees. Trading operations started on March 12, 2021 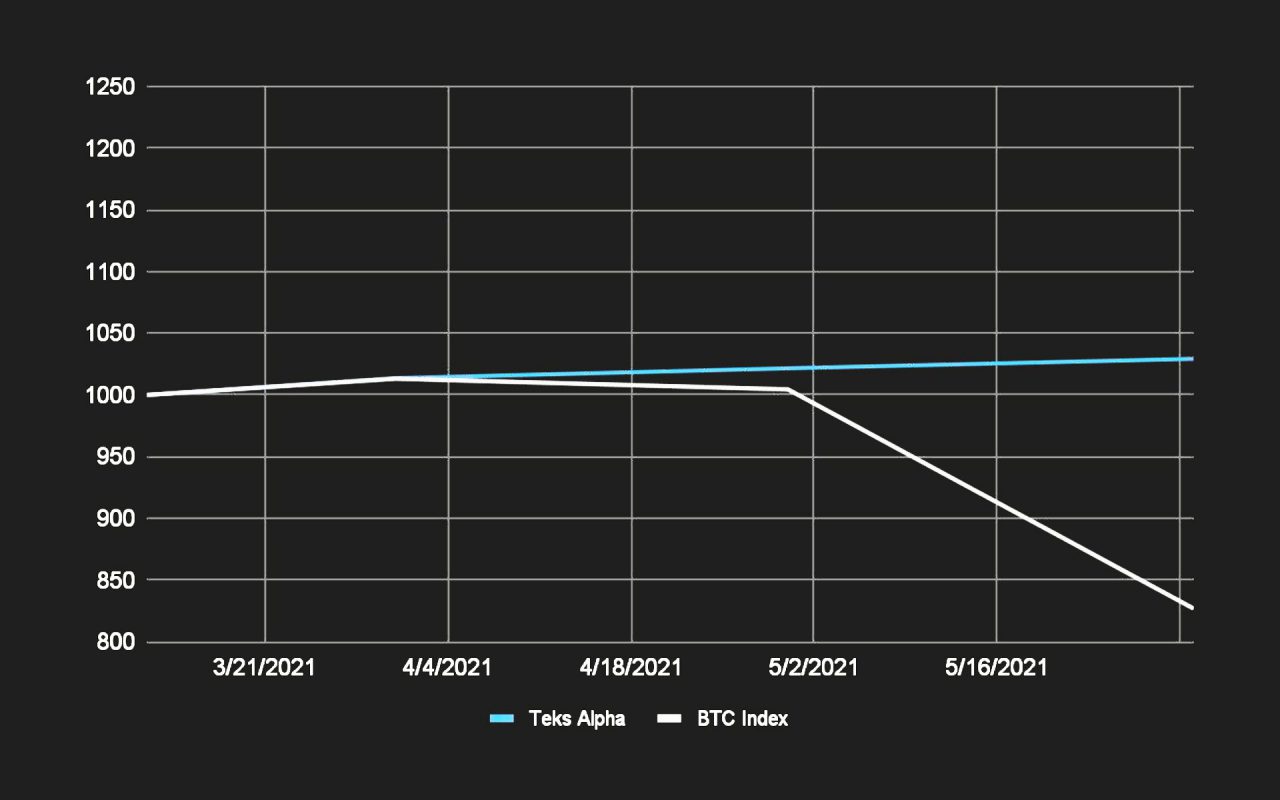 Given the nature of Teks Alpha we have chosen as a Benchmark an Index composed 50% by BTC and 50% by cash.