March has been a month lead by the largest historical BTC option expiration of $6bn on March 26 and a subsequent further drop in the volume traded in the spot market.

Implied volatility has fallen drastically in the weekly options from ~100% to ~60% which might indicate that an expansion may occur at any time. The IV curve has been normalised with long term tenors carrying a higher rate than the short term.

Lack of new developments\announcement in the crypto space during the 2nd half of the month have lower expectation towards big price movements which also generated a further decrease in the option ́s premiums.

As countercyclical managers, we expect larger price movements, thus hedging the downside risk will be a priority while generating returns.

Operations started on March 12 where we traded collateralized OTM Put options accruing an effective rate of +1.44%

We have also started implementing a proprietary options-structure strategy with less than 1% of the capital, which will be increased smoothly.

Performance is net of fees. Trading operations started on March 12, 2021 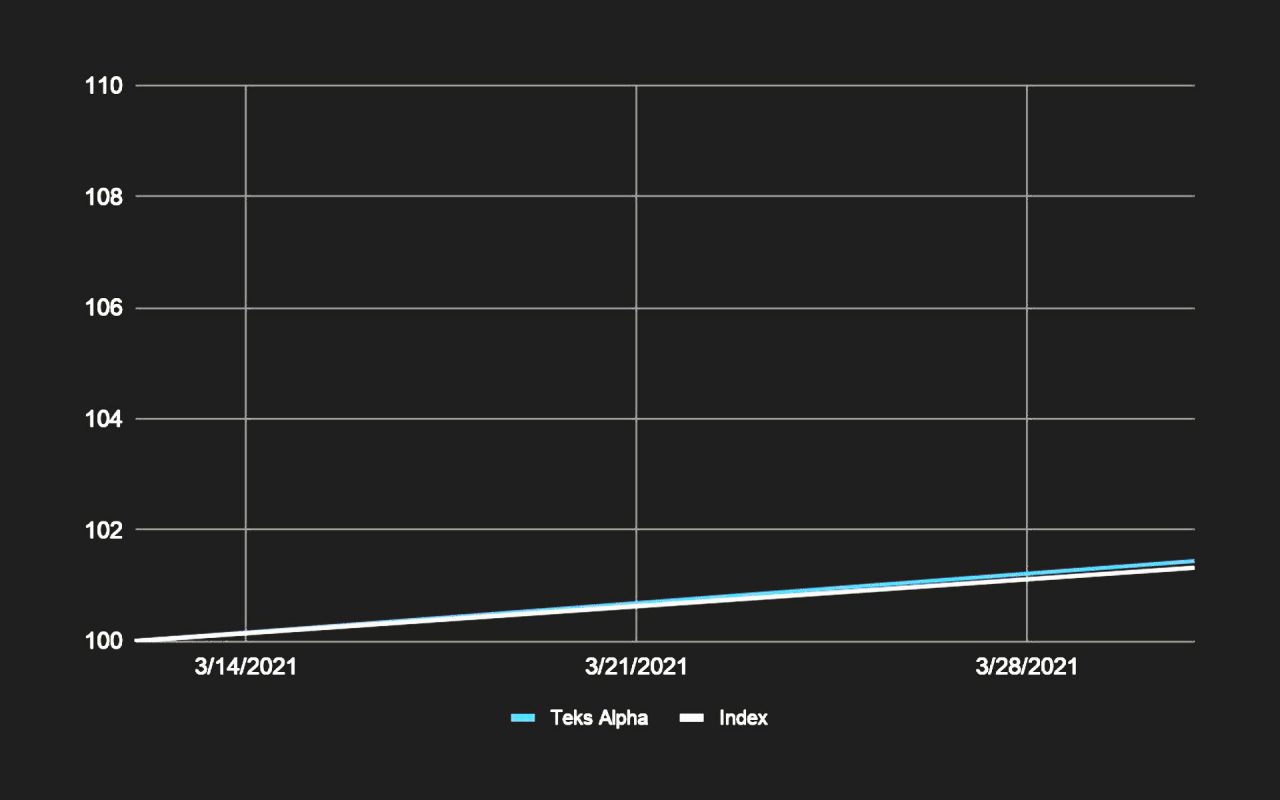